To Print or Not to Print: The Publisher’s Dilemma

Posted on November 6, 2018 by neilsharman

I’ve recently joined with a few industry luminaries in a venture called Red River Blue.  As a freelancer it is always good to join forces occassionaly with others to see what might come of collaboration.  To get their site up and running we’ve been writing blog posts.  Here is my first contribution and you can see it on the Red River Blue site here – or read it below. 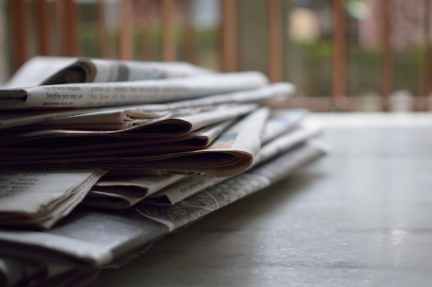 Photo by brotiN biswaS on Pexels.com

Photo by Kaboompics .com on Pexels.com 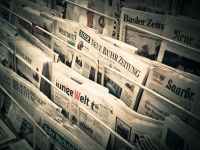 Photo by Pixabay on Pexels.com

To print or not to print, that is the question publishers are asking themselves as their audiences increasingly turn to smartphone screens.

On one side of the argument is economics. When The Independent stopped printing it was selling 55,000 copies a day but there are around 30,000 independent retailers in the UK and 13,000 supermarkets. Sending one or two copies to each of them just isn’t good economics.

It doesn’t help the economics when the costs of newsprint and glossy paper go up. Nor does it help when the public are increasingly concerned about the use of paper, no matter how much of it is recycled.

If you stacked up every copy of the Evening Standard distributed in one evening the tower would be ten times the height of the Shard. That’s an awful lot of paper to buy and recycle.

But print is resilient. Kindle reading didn’t take off as thought and book readers still buy paper books. Metro and Evening Standard reading is still high even though 55% of the London Underground is over-ground where the newspapers compete against smartphones.

And then there are the Lazarus titles that made it back into print despite going ‘digital only’ with great fanfare. Centaur brought The Engineer back into print and readers rejoiced, saying how much they’d missed it – but its content never actually went away!

Some work has been done to understand just what it is about print that makes the experience different to screens. In a nutshell print reading requires a different sort of energy and you learn more from it.

Compare that with the findings of researchers in an Israeli Institute of Technology in 2011. They had people prep for a multi choice exam either using screen based or print based course material. When given only 7 minutes to prepare both groups did equally well. When given an indefinite period to prepare the print group did much better. The researchers put it down to print encouraging people to read with goals and revisit paragraphs to ensure they understand. This is consistent with the idea that print is Aesop’s tortoise.

Harding’s gamble is that slow news is better than the constant wearing whirl of breaking news and that people want to take time to learn and make sense of news. Slow Down, Wise Up is his slogan. Tortoise will run digital editions but their “small book of big reads” called the Tortoise Quarterly will appear in print.

Harding has had the advantage of building from scratch and deciding on his ideal use of print. Notably it’s less central in the proposition than digital content, despite his willingness to throw out the worst of the new.

The Guardian, with a strong legacy print history, are also re-thinking ink. David Pemsel, CEO recently said, “You can imagine at some point there will be a brief, saying, ‘What are the various ways that print can add value to people’s lives?’ But then there’s this binary thing of, ‘When are you going to turn it off?’ – it’s much more nuanced than that. People in this digital age love the tangibility of print and we’ve got to respect that.”

Romantics might like to think his brief will uncover aspects of print unique to print. More likely he’ll look at the benefits of print and ask if they can be replicated digitally.

It’s probable that other print tactics will find their way into digital publishing. The ability to annotate articles, for example, is like the age-old learning aid of jotting notes down in the margin.

Print isn’t dead yet, not by a long chalk, but nor are attempts to replicate the best of it in the digital world. Publishers should keep an eye out for emerging examples.